For the woman who has everything. 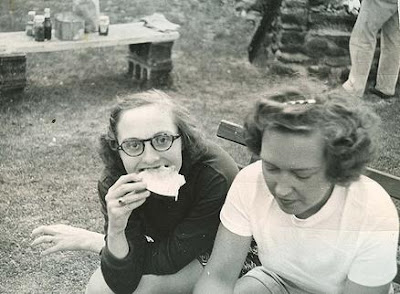 I had an epiphany several years ago, as I was having an early afternoon Sunday breakfast with my friend Tawana. We used to meet for breakfast almost every week, back when we both lived in the same town and the logistics were less complicated.
Breakfast was our meal of choice, since we both worked for the state and neither of us ever had any real money. We would sit there for a couple of hours, talking and drinking coffee until the waitresses changed shift. We talked until the world looked level--we covered our kids, our husbands (back when we still had them and then later when we didn't), our jobs, and our mothers. We talked our problems into submission and sometimes unto death. We talked about the problems of the world, and how Hillary Clinton could probably fix most of them. For a brief period, we talked about the TawanaDeb, an invention that would answer the unmet needs of women everywhere and would ultimately make us both very, very rich.

We never agreed on what that invention should be. We don't often agree, really.

Ordinarily I'm not a big fan of the epiphany. Mainly, because having one for me means realizing how desperately wrong I've been about something. But on that particular day, I realized that I had gotten at least one thing, absolutely, perfectly right. I was slathering gravy atop a couple of eggs fried over medium when I had mine. I stopped in mid slather and looked across the table at her.

I'm pretty sure she was in agreement with me on that one.

In honor of my best friend's birthday, the woman we both agree is the best thing that ever happened to me, I've compiled a list of posts that feature her.

Happy Birthday, Sister. You're getting a TawanaDeb.

I would have spent my Sharper Image money on something with batteries.
Beware ill tempered, menopausal women.
Faster than a speeding ovum.
Under the global influence.
Looks like trouble.
Quick Scotty--How many dilithium crystals will you have to burn to beam us out of here?
No rest for the weary.
If you are my mom, please don't read this.
Well, I hope somebody's working on it.
We've just traced the call, and it's coming from inside your guilty conscience.

One thing I know for certain: if it hadn't been for Tawana and her sending me to you (with a warning to beware, by the way) my life would never have been the same.