Easy DIY roman shades? Who are you trying to kid? 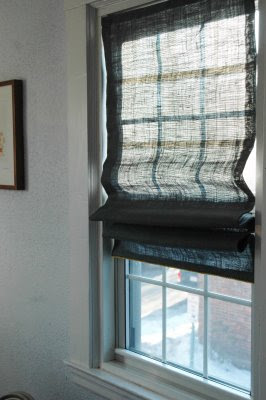 I may no longer be crafting for a living, but that doesn't mean I've been able to completely kick the habit. I don't make a lot of stuff these days, but I still like to watch other people getting their craft on.

And it looks to me like Jenny over at Little Green Notebook may have come up with the answer to one of life's (until now) imponderable questions: Why does making your own roman shades have to be so incredibly hard?

Finally, directions for building roman shades that won't tax my limited math and reasoning skills! I may have to come out of DIY retirement to give this one a try.

Click on over and check out Jenny's ingenious idea for using your cheap, raggedy mini blinds to make designer-y style roman shades.