Julie and Julia and a bunch of other people. 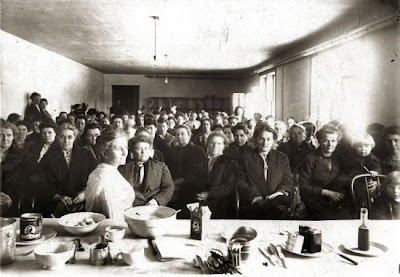 I slipped off the theater yesterday afternoon to see Julie and Julia. Muffin Uptown recommended it, and was anxious for me to see it so she would have someone with whom to compare notes. So, after allowing my beautiful, beach boy dentist to get me all hopped up on nitrous oxide and fill my mouth with needle-holes, I headed for the matinee.
I posted previously about how I no longer attend Friday night movie showings because I dislike being so outnumbered. All the teen-agers and date-nighters go to the movies on Friday nights. But had you a back row seat for the Tuesday afternoon showing of this film, you would have been smack-dab in the middle of a large congregation of my people. Right before the lights went down, I leaned forward and swiveled completely around in my seat, taking a gander at the entire audience. There was not a single male in the whole theater.
And the women were all my age.


And that--right there--is what I miss about my youth. When I was a young person, it seemed as though everyone else in the world was also young. The universe was filled-to-bursting with people in their twenties and thirties. It still is. I don't know where all those other people landed, but where ever it is, they went without me.
If I had my druthers, I'd see every movie with an audience just like this one, and not just because our cell phones didn't ring and our children weren't acting out. I was digging on the sense of camaraderie, the perception of unity. I was relaxed--and they were, as well. When the audience consists entirely of women over the age of 45, though, there's also something indescribably different in response to what's happening onscreen--especially the ribald joke.

You can tell a lot about an audience by the way it acknowledges a humorous off-color reference--whether by shocked gasps of disapproval, titillated twitters, whoops, or high-fives. This movie did not contain a great many of this sort of gag, but the ones it did were met with with the hearty belly laugh of approval. It was funny, because it was dead on. This audience was able to recognize it as such because we had already lived through it. A couple times, probably.

Universality. One of the things that gets better with age.

I'll bet no one was sitting in the front row, either.

Heard good things about that film.

Is it worth it for the youngins to go see the movie?