Perhaps it's the mothership, calling me home. 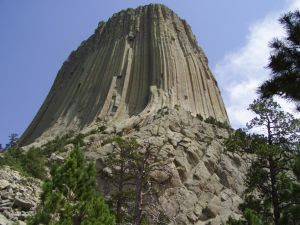 For well over a year now, the left side of my head has been bombarded with isotonic radioactive alpha-romeo waves. I can't say for certain when it began, but I became aware of it when I first noticed a tiny little beeping noise.
It is the exact same quality of noise you would hear were your Matchbox cement truck to back up, and it is most clearly heard when the listener is seated in my chair, facing the computer. You know which chair I'm talking about, right? The one in my office, where I sit for forty hours a week?
beep. beep. beep. beep. beep.
It is, indeed, a very tiny noise, but it takes up a lot of room in my brain because it never, ever, lets up.

And I am the only one who can hear it.

Apparently, some time prior to my coming to work here, all employees were repeatedly subjected to forced Metallica concert attendance and can therefore no longer hear tones at certain registers. How else to explain that my boss can't hear this noise, my employees can't hear it, and none of my co-workers can hear it? (I did have one technical writer who claimed to hear it, but she later recanted. I hold her testimony altogether suspect, anyway, as I think she was just saying she could hear it in order to get me to stop shouting "Just listen, dammit!")

I've had the maintenance people in, and I've consulted both both branches of the IT department. The Mac guy said to talk to the PC guy; the PC guy told me to get a life. Nobody in the whole world can hear this noise but me, and by now, this noise is all I can hear.

And then yesterday--after I'd been home from work for about an hour--I heard this tiny little noise.

Does anyone out there know where I can get a Reynolds' Wrap hat? Something with ear flaps, I think.

I had a perfectly good explanation right up until the noise followed you home. Now I'm stuck with the Jimminy Cricket theory.

Maybe you read too much Steven King. By the way, are you finished with the new book?

Reynolds wrap won't help. It has to be good or tin foil wrapped tightly around the head into a cone that extends 6" above your head. And you MUST have it on before entering the offending room; putting the hat on once you are in the room doesn't work at all
Mary

auditory hallucinations, hmm? Are you sure that you aren't being "Gaslight"-ed by one of your writers?
Sarah

I did think of this, especially after one of them made me a gift of earplugs--which would make it much more difficult for me to hear them as they stage their coup d'etat.