A groovy kind of love. 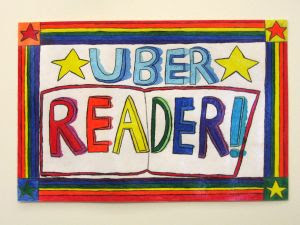 I'm not sure how I missed it, but Muffin Uptown's Boy tells me that Mr. Garrison Keillor was recently forced to take out a restraining order against a particularly rabid fan. Apparently, the fan in question was so enamored of Keillor that she just couldn't quit him.
Here's the Reader's Digest version of the AP story: A 43-year-old Georgia woman attended a live performance of the Prairie Home Companion Radio Show and fell so completely and foolishly in love that she began emailing and telephoning Keillor. He reports that her communications were "disturbing, unintelligible and rambling," and in one, she "graphically described making love to me."
Okay. Ew.

(I don't want to be unkind, but do these people really expect anyone to believe that this woman fell in love with Garrison Keillor AFTER she saw him in person? Sure, he's got those dulcet tones and all that, and he's a real genius with a pen, but seriously. Have you seen him?)
When that didn't win him over, she sent him a petrified alligator foot and some dead beetles, which everybody knows are commonly acknowledged symbols of affection down there in Georgia. In her defense, the woman stated that Keillor misinterpreted her emails, calls, and gifts. She loves Keillor all right, but she claims that it isn't at all physical. She's a happily married woman with five children.
"It's transcendental love, that's all" she said. "Between a writer and a reader."
I get that.
photo, Dan Meyer

I have a recurring fantasy of Garrison Keillor reading me to sleep nights. I'm not picky, he could just call me to read me my bedtime stories. And when busy, James Earl Jones could take his place.

If I'd known I could win him over by sending a petrified alligator foot, I'd have done so years ago.

Did you hear the episode of On Point when Tom Ashbrook interviewed Garrison Keillor? It was dueling dulcet tones, plus intelligence and wit. But "graphic descriptions of making love" with either of them? Double ew.