Not now. Maybe later. Or not. 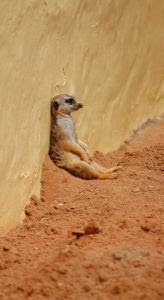 As many of you know, I've been practicing my procrastination technique. As a result, I've become so adept at the art of putting off for later that which really should be taken taken care of right now, that this month, my local utility company very nearly shut off my power for my trouble.

As an inarguable expert in the field, I've compiled a list of the five main types of procrastination tactic. You may do whatever you wish with this list, or you may do nothing at all and thus practice your own fledgling procrastination skills. I myself am using the act of compiling this list as a means to avoid doing something else that I would rather not do.

I am calling this list the Jane Hierarchy of Not Now.

1. This other thing is much more urgent and so must be taken care of to the exclusion of damn near everything else. This is a very large and self-perpetuating category and is often the result of days or weeks of perfect procrastination of virtually all the tasks on your to-do list. Items that had previously been assigned low priority (such as my electric bill), are very often suddenly catapulted to this urgent status. The very nature of a good procrastination technique virtually assures that there will always be at least one item ready to accelerate to this status just when least expected. If your technique is really accomplished, items falling into this category may even require a personal or vacation day to resolve.

2. I just can’t deal with this crap now. Very similar to #1, but without the sense of urgency a shut-off notice produces.

3. I work so hard, no one could begrudge me one tiny little four-hour nap. Also known as the entitlement, or poor-me defense. One may also use this tactic to defend a day-long CSI marathon, 2 or more hours watching You Tube videos of singing, talking, or dancing cats and dogs, or surfing the web looking for naked pictures of Ira Glass. For the most part, pretty much any otherwise un-justifiable activity will work here--anything at all to keep your mind off that task you need to do but would really, really rather not.

Oh, baby, I’m so tired. Plans made at 5:00 pm become progressively less important as the evening wears on. Thus, by 11:00, virtually everything shifts to this category. In an average week, this tactic very often results in my being late for work, since so many of the tasks I meant to accomplish the evening before were shifted at the last moment until early the next morning. Caution: By week's end, this practice may result in the falling into bed while still in one's clothes phenomenon.

5. I don't want to. This is procrastination in its purest form, without all the bells and whistles, and is also known as the Obstinacy Defense. My brother, when practicing this form of procrastination, announces his intent with, "I'm a grown man..." Alternatively, my friend Tawana prefers, "I'm not eating those eggs." I have been known to steal either phrase when deciding to not decide.

And there you have it. Those are, essentially, the main forms of procrastination available to you. If you find that you're having difficulty deciding on a form, don't fret. Just wait for another, more urgent time to think about it. That almost always works for me.

Are you sure you really want to reveal this much to your friends?

Love you, too.
Deb