Don't know much about... 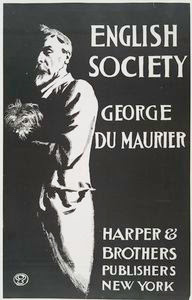 I've only been out of school for a little over two years. That's a relatively short time when one considers that I managed to drag out my post-secondary education for almost a decade. Ten years of college seems to be a reasonable investment for, say, a doctor of internal medicine who specializes in the reattachment of *subdural hemotomal tissue and endometrial infarction, but for an English major?
Garrison Keillor likes to joke about English majors and the fact that they are, essentially, the single most important cogs in the workings of the nation's economy. Without the hard-working English major, there would likely be no one qualified to build your favorite Quizno's sandwich, stock the shelves at the local Circuit City, or to run the Tilt-a-Whirl ride at the state fair. You no doubt unknowingly encounter and tip at least one English major during the course of your normal activities almost every day.
And while there continue to be people who just can't work up enough of an I-care to learn the difference between an em-dash and Emily Dickinson, there are others of us who just can't seem to get enough of all things English-y. And while I do love the subject of English--or more specifically, literature (reading it, deconstructing it, studying it, writing it), I am also pretty keen on the whole college process. As a matter of fact, two years out gives me plenty of perspective with regard to how much I miss it.
Since I'm not prepared to return to school for that terminal degree (and I've already reached the point where my college loans are going to outlive me by about eight years), I've come up with a couple of ways to make work life more like the college life I miss so much:

Can a girl get an A? One of the realities of the world o'work is that you seldom get an Atta-Girl for doing something with mere competence. Many times, in fact--even when you hit the ball completely out of the park, smashing the windshield of the opposing team's coach in the process--you aren't guaranteed positive feedback. You don't get good grades just for doing what you're supposed to do. Spend enough time on campus, though, and you start needing those grades. Some people who know me think of me as being inordinately competitive, but in reality, I'm still just trying to get that A.

What did you do on your summer vacation? If I could get a couple months off in the summer, I could get myself a little no-pressure job at Barnes and Noble, read the latest Stephen King novel, drink sangria in the afternoon, and come back in the fall ready to kick ass and take names. And as long as we're on the subject, I'm fairly sure any employee would be much more productive (and less likely to call in sick on Mondays and Fridays) if she had a week of R&R stuck into the middle of March.

Please make an appointment to speak with me during office hours. Just think of all the work I could finish if I only had to deal one-on-one with actual people between the hours of 2 and 4. My budget would be balanced, my expense reports filed, and all the writers who are currently lurking outside my door and hoping I will have time to scribble on their copy would have every good reason to assume I will get to it today. Or tomorrow at the latest.

Ohmygawd! I have the world's best schedule this semester! There are worse things than only having to report for duty every other day--or better yet--why not put Tuesday off until Tuesday night? I could be the world's very best busy and important publishing professional if my first class didn't meet until 9 and if I only had lab to go to on Thursdays.

Of course, all this neglects that one hard-to-ignore reality. I and everyone I work with is here because we are paid to be--not because we've written a check in the thousands of dollars to have the opportunity to be. And maybe that's the secret. If I had to pay to go to work every day, instead of the other way around, I might actually be more excited about going in and bringing it day after day.

Well, you might have to throw in a couple interesting guest lectures. Maybe a pizza line in the caf'.