Why you should not trust me to watch your children, figure your taxes, sing backup in your band, or not tell your husband. 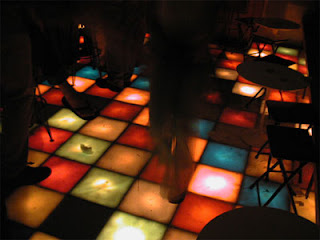 Because I cannot be trusted--not even with the tiniest, most fundamental thing.
When I was a young woman, I was the epitome of good judgement. When my friends were going home with men they'd only just met at the disco, I was still on the dance floor. Let them go Down to Love Town; I preferred to be Dancing Queen. I may very well be the only survivor of the eighties who can't boast of having shared a hot tub and pipette of cocaine with 5 other people whose names I did not know. But this--along with my knowledge of how to dance the LA Hustle--is apparently history.
On Saturday, I made an appointment with the same hairdresser who gave me that fantastic haircut I raved on and on about. Just so there would be no misunderstandings, I took along with me the same magazine clipping she had used to give me the great cut in the first place. "Just trim it up until it's the same cut as the one before," I said. As to what happened next, I've no idea. I can tell you that a mainstay of every hair stylist's evil plan is to take your glasses so nobody but God and the little old lady getting a finger-wave in the next chair knows what's really going down.
But some portion of the conversation in which I detailed my wishes sounded to her like, "Billy Ray Cyrus" and the resultant haircut was too short in the front and way-way-way too long in the back. By the time I realized her mistake and had driven back by to have it corrected, she was long gone and the salon was sealed up tight. Until Tuesday.
So what? A modified mullet isn't the worst thing that can happen to a girl; I figured I could deal, at least until Tuesday. But then as I combed out my wet hair on Sunday morning I found myself reaching for the manicure scissors. And before you could say, "For Professional Use Only," I had lopped off a sizable chunk of the back of my hair. There'd been no tentative clips with the tips of the scissors--I had gathered up the offending hanging-downage as though I were going to tie it into a ponytail and sawed right through the whole thing. It was as though I were watching the entire episode on television. I had an out-of-poorly-coiffed body experience. It wasn't until I saw an alarming amount of wet hair in my sink that I realized what I had done and actually used one of the expensive curse words--the ones I save for company and special holidays.

I sought out Muffin Uptown to see her reaction. The look on her face was anything but hopeful as she flooffed at and otherwise tried to manipulate what was left of my hair. "Maybe you can get an appointment with someone else to fix it on Monday," she said. But what do you think it means that her criticism was aimed entirely at that portion of the haircut I had actually paid for?

It was at that point that it dawned on me that I had, many times, paid money for worse. Every woman knows that some of the bitterest tears ever shed are those wept over an unfortunate haircut. But aside from having wasted one of the good curse words, I just haven't been able to work up that much of an I-care. It's just hair. I've got lots of it. Everywhere.

It looks like crying over having done a stupid thing may have gone the way of my good judgement. Which is good, I guess. It probably wouldn't do to have one without the other.