Marketing. I still don't get it. 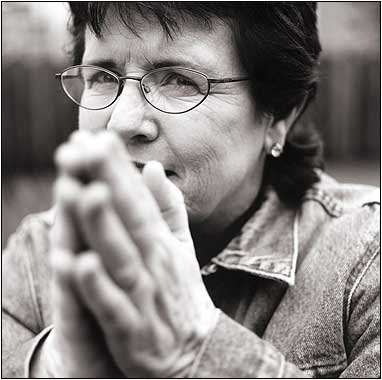 Tennis champion and feminist icon Billie Jean King has become a spokesperson for NutriSystem's Silver Program. I saw the commercial for the first time this past weekend.

Get ready, cause you're gonna hear it everywhere. I've already seen one blog bemoaning the idea that this would be the world's lasting image of Billie Jean King. Sort of, my, how the mighty have fallen, only way more snarky.

By the time we hit 64, few of us will have had the kind of impact or influence as Billie Jean King--founder of the Women's Tennis Association and the Women's Sports Association, co-founder of the World TeamTennis league--she won 20 titles at Wimbledon and the U.S. Open 4 times. If you happen to be one of the talented female players to take a prize at either one of those contests, you will receive equal prize money as the male players, largely because of her efforts. Donna Lopiano, CEO of the Women's Sports Foundation, has said that "Billie Jean King made Title IX real." She battled a buffoon in 1973's Battle of the Sexes and in winning, also won celebrity for women's rights--not just in the areas of sport--but in all sorts of arenas.

So I'm thinking that if Ms. King wants to make a little money with a product endorsement, more power to her. Nobody trashes Tiger Woods for touting a giant-ass SUV. And while I'm no fan of NutriSystem, I'm thinking that they're the ones with all the smarts. They're damn lucky to have gotten her.

But I'm also thinking, "Where's Nike? Where are American Express, General Motors, Coca-Cola and McDonald's? Frankly, I'm amazed she doesn't have to fight them all off with a racket.

Yeah, I know. Maybe you could have a word with my boss...