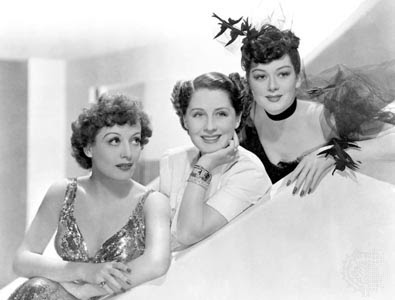 I'm so excited, I probably won't be able to sleep until September.
I've just discovered that Diane English, creator of Murphy Brown, is directing a remake of George Cukor's 1939 wonder, The Women. It's scheduled for release in September, 2008.
I love Cukor's version. It made me fall in love with Norma Shearer. And English's version stars people I don't see enough of lately (possibly because they are female actors of a certain age).