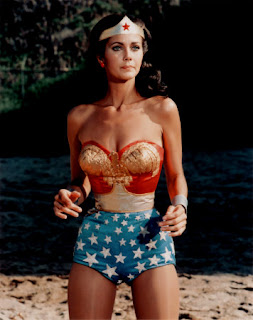 Yesterday, as I was returning home from the grocery store, I pulled to a stop at the intersection and just happened to glance off to my right.
My heart stopped.

There, in somebody's backyard and with both Mom and Dad in attendance, little Bucky Somebody was simultaneously pirouetting while twirling a very large, knobby stick as though it were a majorette's baton. Every pass by the swingset just narrowly missed pinata-ing his little sister's head by the merest fraction of an inch.

Swoosh. Whew. Swoosh. Whew. Swoosh. Whew.
As you know, I am for the most part helplessly at the mercy of my rapidly dying ovum, which so often compel me to insert my nose and opinions into situations that do not immediately concern me. Fortunately, just as I was debating whether to park the car and get out or just roll down my window and shout my warning, the family dog--a large, bucketheaded rottweiler--came bounding into the family vignette.

The danger quotient at that point simply became too much for me. Obviously, these were people who were actively trying to decrease their number.

My powers could not help these people.