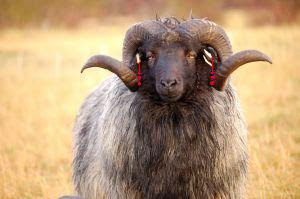 On Saturday, I carried my CPU down to Best Buy so they could increase my RAM, which sounds like it should have been more fun than it was. I'd been needing to have this done for quite some time, but had been putting it off because I just didn't want to go to the trouble.
And it really was a lot of trouble: all that crawling around under the desk where we keep the extra cat hair to unplug the computer, putting on my game face and mashing down my hair before I could leave the house, and then having to call Muffin Uptown to get directions back home. All in all, it was more focused activity than I typically like to experience on a Saturday. As you know, I'm mostly just a nap-and-let-nap kind of girl come the weekend.
When I mentioned my plans to spend my afternoon schlepping my hard drive around town, Tawana once again offered to install the additional memory for me. But I hesitated. It's not that I didn't believe she could do it; I just didn't believe that she could do it.
I kept thinking about the day back in junior high school when my best friend Emily asked me to show her how to pluck her eyebrows. "If you'll pluck my brows for me, I'll pierce your ears for you. Come on. It's not big deal--I pierced my brother Tommy's ear."
A couple hours later, Emily had the prerequisite 70's thinly curved brows, and I had a pencil-sized hole bored part way through the lobe of my right ear. It was not even a centered partial bore-hole. While comparing our makeovers, Emily finally admitted that it was Tommy, in fact, who had pierced her ears. She'd never poked a hole in anything more animated than a soon-to-be roasted potato.
It would be easy to say that since that day, I look dubiously on any friend who claims to be able to do something for me that would be better left to the experts. But the truth of it is, I have friends these days who are the experts.

I think that instead, there was just something a little too familiar in Tawana's face as she said, "Come on. It's not a big deal--I installed extra memory into Carol's computer."