Are you of the Frank and Nancy, Sid and Nancy, or Nancy and Elliot generation? 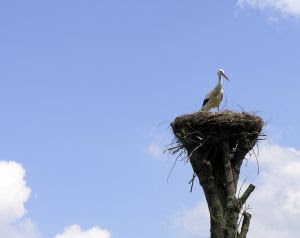 The first of my contemporaries has agreed to become a grandmother.
You can be sure that were she not ready to be called Grandma, it would be the neighbors, instead of her daughter, who would be getting the new baby. Or maybe the city zoo.

So, Muffin Uptown and I went to a baby shower on Saturday. I suppose there must be people who don't mind attending showers, but I'm not one of them. We went because we love this woman and her daughter, and because we were afraid not to go.

The expectant mother's best friend was there--a young girl who looked like she'd just gotten her braces off and changed out of her knee-socks especially for the occasion. I think she may have been wearing her first ever, big-girl shoes. Yet there were several older women who kept asking her, "When are we going to be having your shower?"

I didn't really notice the questions, because--let's face it--these are the same women who hounded us into our marriages and subsequent young parenthood. But they sure made an impression on Muffin Uptown. "Gosh Mom, those women! Are you going to wake up one day and be one of them?"

I have sort of a vague recollection of being certain that I would never have gray hair. I'm not sure where this assertion came from, but I would've put money on it right up until the minute I yanked out the first one.

I have that same feeling about turning into one of those women. I think that this certainty, though, comes from an understanding that they are not so much representatives of a certain stage of life as they are a product of their particular generation. Theirs was the generation immediately preceding my mother's, and--for the most part--having a family was their career plan.

Then, along came my mother's people, and all that changed. It's almost as hard for me to imagine my mother or her friends behaving like their mothers as it is to imagine her spending each and every Saturday (like me) wearing the same worn cargo pants and ratty black T-shirt.

When the last of those old women is gone, I don't know what we'll talk about at our baby showers. Really, the only thing left is to compare labor and childbirth stories, so maybe we can just stop having them. Speaking for myself, I wouldn't mind being sent an announcement and asked for a gift. As long as I can just drop it off without having to change out of my Saturday clothes.