I'M IN UR BLOGSPOT WRITIN UR BLOGZ. 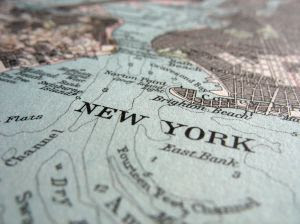 My brother and I moved around a lot as children. This doesn't sound like something most people would want to do, but we've found that it has its advantages: we're fairly comfortable in unfamiliar situations; it's mostly easy for us to warm up to strangers; we pick up on the local dialect fairly quickly.
So much so, that the second time my brother telephoned me after moving to New York, I didn't know who he was. His is a voice that threatened me with death several times a day for the first seventeen years of my life--it's not one I am likely to forget. But after just a few weeks of living up North, he had unconsciously adopted the dialect. He could have been Brooklyn born and bred for all anyone (including me) could tell.
Mostly, I've stayed down South, and I sound pretty much like you probably think I do--Chitlins, cornpone, and chiggers with a college degree. And while I have some of that same talent for dialect as my brother, for me--it only threatens to come out when it's subject to get me into trouble.
Three pages into Alice Walker's The Color Purple, I was afraid to say anything out loud. I would suddenly catch myself thinking in the dialect of the novel, and I was terrified I would let something slip that would be misinterpreted and start a race war.
I've had a more benign form of this same problem since I started using Lolcats, I Can Has Cheezburger? and Cute Overload as my chief procrastination devices. What should have been a minor phenomenon has turned into a big hairy deal because of the amount of time I've invested in this pursuit. And what's more pathetic than a 40-something-year-old woman surfing the internet for cat pictures?
Trying to resurrect your self-respect after you've said the word "Kitteh" in front of a roomful of instructional writers.

You are not the only one with this problem. I can't tell you how many times I've said "I can has...?" to someone, only to realize I sounded a lot less cute than the kittehs online.