My, those NPR people are smart. And helpful, too. 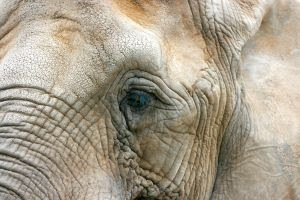 On NPR's All Things Considered Wednesday, Nell Boyce told of a man who, due to severe brain damage, had been minimally conscious for over six years. Minimally conscious meaning that during this period, he "barely interacted with people, only sometimes nodding yes or shaking his head no." Occasionally he mouthed a word.

But since doctors implanted stimulating electrodes into his brain, he can now speak in phrases and recite a portion of the Pledge of Allegiance.
Seriously. I totally gotta get me some of them electrodes.
Because even though it might appear that I am incessantly running my mouth, I am seldom, in point of fact, interacting with my fellow human beings. And despite English being my first and only language, I lack the mental faculties to hold any of the actual vocabulary in my head.
There are days when mouthing a word would be a step up for me.
Last week, several coworkers were held hostage in a meeting where they were forced to try and help me remember the word figurine. They were unfortunately unable to assist me, even though I repeatedly gestured at them with my thumb and forefinger in the universal symbol for "small carved or molded figure."
I prompted, "You know, it's a... It's a..."
"...village idiot?" suggested one woman (who is now first on my list of people to call when I'm locked out of the house at 2 in the morning--because you don't want to waste someone who still thinks you're smart on a call like that).

Thanks to Nell and NPR, I'm thinking that with just a little bit of hard wiring and a couple AAA batteries, I could get a discreet little bzzzt delivered directly into my thalamus. One shot and I could be right back on track--sort of an electrical HEY YOU--PAY ATTENTION! to get all the little marbles back into the grooves.

Cause it's really important that I get them to let me back into the meetings. Word on the street is that they are looking for someone who can lead The Pledge.

Sweety,
What ails you can't be fixed with a simple little zap from an eloctrode. It's all due to your sleepover guest Ms. Min A. Pause. You talked about her on Monday remember? Oh by the way, it's a permanent condition.

I love it when the voice of experience calls back over her shoulder with a little optimistic encouragement...

This is no lie--I used to eat Altoids as a reminder to pay attention while teaching (adult) classes in my last job. (They're more tasty and fun than electrodes.) Otherwise, I would catch myself chasing rabbits. fh