Do you think this will make her stop riding me about the quality of my posts? 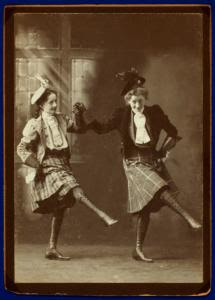 When my second *husband forgot he wasn't allowed to date and then announced that he was leaving, the very first thing I did upon hearing the news was to pick up the phone and call Tawana.

I didn't call her for comfort, or to ask her for a place to stay. I just reported to her what he had just told me, and then turned and handed him the phone.

If you ask her, she will be happy to provide you with a litany of all the other things she has done for me over the years. There are many, many of them.
She's really kind of an ass about it.

But everyone who knows us knows that I was waiting for her right up until the minute she showed up. Nothing since has been as difficult as it should have been. And even though I know her flaws better than virtually anyone else on earth, I am absolutely incapable of judging her. She may complain about plenty, but she's pretty happy about that part of the relationship.

If I could wish one thing for all the tired-ass, strung-out, overworked, misunderstood women of the world, it would be that each of them have one friend exactly like her.
She told one of her East coast friends recently that I can never, ever, repay her. And she's absolutely right.


*Not Muffin Uptown's dad, who is an exemplary husband, especially when married to someone else.

Jane, you shouldn't blog that I'm an ass, your readers might truly believe you. And, we both know this just isn't true, at least one of us knows this.

You should also be careful about the way you describe our relationship. Your readers will begin to think of us like they do Oprah and Gail. Of course, I would be the "Oprah" in the relationship. Love you, T