Yeah, okay--it was dark AND stormy. 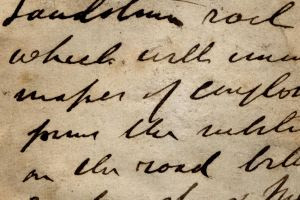 The Bulwer-Lytton Fiction Contest deadline for entries has been extended to July 15; winners will be announed on July 23. The infamous contest to find the world's worst opening line is now 25 years old.
*****
The countdown had stalled at T minus 69 seconds when Desiree, the first female ape to go up in space, winked at me slyly and pouted her thick, rubbery lips unmistakably--the first of many such advances during what would prove to be the longest, and most memorable, space voyage of my career.
--Martha Simpson, Glastonbury, Connecticut (1985 Winner)
The bone-chilling scream split the warm summer night in two, the first half being before the scream when it was fairly balmy and calm and pleasant for those who hadn't heard the scream at all, but not calm or balmy or even very nice for those who did hear the scream, discounting the little period of time during the actual scream itself when your ears might have been hearing it but your brain wasn't reacting yet to let you know.
--Patricia E. Presutti, Lewiston, New York (1986 Winner)
Sultry it was and humid, but no whisper of air caused the plump, laden spears of golden grain to nod their burdened heads as they unheedingly awaited the cyclic rape of their gleaming treasure, while overhead the burning orb of luminescence ascended its ever-upward path toward a sweltering celestial apex, for although it is not in Kansas that our story takes place, it looks godawful like it.
--Judy Frazier, Lathrop, Missouri (1991 Winner)