You and what army? 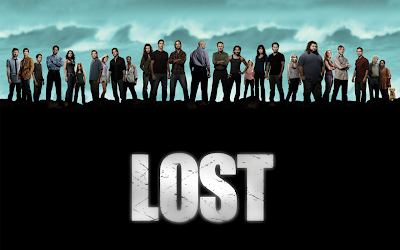 Every Tuesday night, I and several of my friends tweet through that week's episode of LOST.

That's right. I'm a member of the LOST Twitter Army.

If those two words in the same sentence make you think less of me, then so be it.  I feel better during that hour of the week than I do at any other time.

It's a testimony to the nature of that show that so many of our tweets aren't really repeatable here. Well, I could--but I'm somewhat ashamed of myself so I won't.  At any rate, we are almost always full of shock and awe as we watch, and our tweets are reflective of that.  As you probably already know, some of us are more shocking and awesome than others.

But for that hour, my tiny apartment is filled with my friends, and we're having that experience together. We talk on top of one another, and hook punchlines off someone else's setup, and for the most part are our very best selves.  It's fun and funny and lets everyone forget that some of us are actually physically hundreds of miles away.

And then it's over.

In a little over a week, LOST will be over too, and all my friends really are going to be a terribly long way away.  On Tuesday nights, I'll be missing them almost as much as I will be missing my favorite show.

I'm going to hate to see it all end. Truly.

I haven't checked your blog in a while due to your long absence:)Yeah! I'm so glad you are back.