There's a Haiku for that. 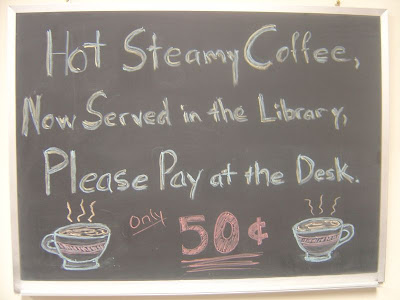 Did you know that you can write your dissertation as a haiku and submit it to Dissertation Haiku for all the world's wonder?

"It takes a long time to get a Ph.D. Maybe five or six years, four if you’re fast. At the end, you’ve written a big fat document which all of your committee members will read if you’re lucky. How can you gain a wider audience for the major product of ten-or-so percent of your time on Earth?"

Maybe you don't have a dissertation. I don't, and I only read them when I'm researching. But I like Haiku--especially Haiku that gets out and sees the world:

Marine microbes eat
polysaccharides, except
that sometimes they don’t.

I measured the rates at which dissolved polysaccharides are degraded by microbes in seawater. Differences in those rates among locations suggest that the reactivity of dissolved organic matter in seawater is determined by the nature of the microbial community as well as the chemical characteristics of organic matter. If seawater microbial communities in the Arctic Ocean begin to access a wider range of dissolved organic molecules as temperatures warm in the future, more organic matter may be converted to carbon dioxide in the Arctic Ocean.

Scholarship, with a touch of irony. I like it.