The sweetest songs belong to lovers in the gloaming. 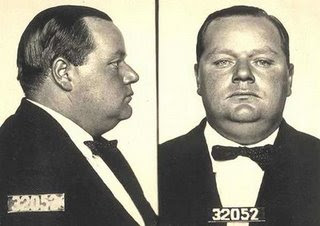 Early last week, the County Sheriff's Office conducted another sex sting operation in our local state park, arresting several men on charges of suspicion of public sexual indecency. The news agencies were all over it. A camera was there to document the men's arrest, and one television station followed up with the mugshots and names of those who had been rounded up. Website forums were ablaze:
Disgusting! I was going to have my son's 10th birthday party there. Not now, thanks to all the perverts.

You should be able to take your kids to the park without worrying gee how many pediophiles are here today, or turn your back for a second and they are gone. [sic]

These stings are conducted every few months, to the point that most everyone knows that the state park is a risky place for assignation. Even so, my bleeding liberal heart goes out to these men, most of whom have now been outed in a very public and destructive way, even before they have been tried for any crime.

The fact that they are conducted so frequently suggests to me that these stings don't seem to be that effective in stopping the use of state parks for these impromptu interludes. In fact, if the forum posts illustrate anything, it is that in publicizing these arrests, our local media does less to reign in the use of public parks for illicit trysts than they do to contribute to the idea that these men are a threat to our children.

According to the local newspaper, "The first arrest made at noon Wednesday was typical of the operation. A man parked his truck and sat down to eat his lunch at a picnic table near where an undercover officer was sitting. The man walked over and started a conversation with the officer that seemed normal until the man said he 'was looking for a change and wanted some male companionship,' the undercover officer said. The officer accepted the man's offer to go into a public bathroom for sex. The man dropped his trousers and the officer produced his badge."

The same article quotes Major Andy Shock of the Sheriff's Office, saying "our whole objective is to clean it up so families can come and let their children play without being at risk of seeing people engaging in this type of behavior."

If the arrest described above is typical of this type of behavior, then this phrase seems to be code for homosexual behavior. To what I am sure will be Muffin Uptown's dismay, I will admit to having engaged in the occasional al fresco liaison with her dad in the past--at least three times in a well-populated state park. Because our rendezvous were heterosexual, discovery would have been a minor embarrassment (and did, I'm sure, make it all that much more exciting). Certainly having our pictures on the 6 o'clock news was not one of the things we worried about. Even were that to be the case, though, the resulting charge--and it would, by definition, have been a charge of public sexual indecency--would most likely not have significantly impacted our jobs or our relationships with friends and family. Our lives would not be ruined. Our mothers would not be heartbroken. Our livelihoods would not be endangered. And while our church congregation would fall to their knees in prayer, they would not ask us to take our sinning souls elsewhere.

I'm not suggesting that we turn a blind eye to everything that goes on in the state parks. By all means, if the predators and pedophiles are your target, have at 'em. But if bathroom sex between two consenting adults is what has us up in arms, then maybe we should be looking for ways to make the facilities less favorable spots for hooking up. Conducting stings, arresting people, and then publicizing their identities for having acted on desires that aren't illegal in the first place won't save our children from anything.

Except for that pesky need to learn empathy for others.


Image: Mugshot of Roscoe "Fatty" Arbuckle, one of the most popular stars of 1910, mentor to Charlie Chaplin and discoverer of Buster Keaton. Arbuckle's film career was destroyed by allegations of sexual assault and manslaughter despite a jury acquittal and written letter of apology from same.

It amazes me that to the ignorant, homosexual=pedophile.

And uh, these park folk need to check out craigslist or some other personals sites. Way easier to find exactly what you're looking for without having to proposition undercover officers in state parks. Just put up an ad with whatever turns you on, even if it's people in bunny suits, and sure enough SOMEONE will answer that ad. And you can meet up in a seedy motel instead of y'know, a public bathroom.

Well it may be 2009 but I don't see that we as a civilized society have come very far. After all, we have been pointing our collective fingers at others since the witch-hunts of puritanical Salem. Whether we are discussing people of a different religion or people of a different sexual orientation, we are far too willing to forget that Christ cautioned us to judge not our fellow humans. Thoughtful and insightful post.