You think you know somebody. 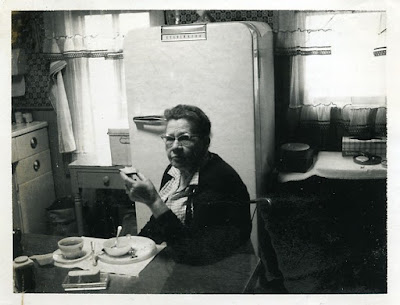 They say that the best way to get a real feel for someone is to visit their home. You may think you know a person, but until you've seen how they live when nobody's looking, you don't.

I dated a man once whose concrete garage floor was as spotless as the floor of my kitchen--maybe even more so. Inside, not a thing was out of place; every book was arranged just so, and he had alphabetized his CDs and DVDs.

It didn't work out for us.

He didn't know that I had only condiments, Diet Coke, and tuna fish in my refrigerator, or that there was a load of clean laundry in my washing machine that would have to be rewashed by the time I remembered that it was there.

Many of my readers feel like they know me. Just last week on Facebook, I overheard someone tell my friend Tawana that I had no willpower. And she's right, even though the two of us have never met. I think I would have been a little happier if she had observed something about my kind and caring personality, but I can't be all things to all people. I'll bet that if I were standing behind her, running my mouth in the checkout line of the Kroger I no longer go to, she could turn around and call me by name. Surely, one of the reasons for telling so many things that really would be better left unsaid is because I really sort of want her (and you) to feel that way.

But I don't want any of you people at my house. The last time someone I barely knew came over, he called to ask, "You got any beer?" and he didn't leave for almost seven years.

But if there's a way to foster a feeling of camaraderie between us, I'm all for that--especially if it's done in such a way that makes me seem all erudite and stuff. So from now until I don't want to do it anymore, I've decided that I will add a little line at the bottom of each post telling you what music I was listening to as I wrote. Just to keep everything on the up-and-up, I'll only listen to and post music from my personal library--not something I'm listening to on the interweb. You can admire my musical taste, get your own copy and listen along, or maybe just roll your eyes and say, "Good Lord."

Just think how much closer we'll be.

What a great idea! Wish I'd thought of it. Mine would be the same song over and over and that might not be as interesting.

I remember the day you came to my house. I didn't think it went that well. You made a comment about my drawers being left open on my dresser. I made the excuse that they were broken and hard to close.

They've been closed every day since. No matter what.