Some people get it. Some never will. 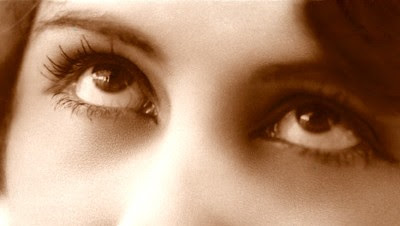 I share an office with three men.
It's pretty much everything you would expect it to be. They're messy and strew their stuff all over the place. They're big, and they take up a lot of space. They seem to think that if they don't answer the telephone, I will do it (I won't). And they ask me a lot of "What do you think?" questions--seeing as I'm the only present representative of the Ya-Ya Sisterhood of the Traveling Pants.

It's probably not for everyone, but having come from a company that didn't even employ enough men to keep the spiders stomped out, I gotta say--I like it.

In the course of I'd-rather-talk-to-you-about-anything-rather-than-grade-these-papers conversation the other day, I found myself speaking on the subject of the different men I had dated. I wasn't the only one who was sharing, but I was the only one whose remembrances did not include the words "crazy psycho chick." I'm not entirely sure how the subject came up, but I'm fairly certain that I didn't initiate the exchange. I find that I don't have to start a lot of the conversations that happen in that office; I just sit back and ride that day's current topic.

I have a couple interesting dating stories. But I was feeling nostalgic that day, and so I told them about a musician I had dated, and the incredibly romantic, put-me-in-his-pocket thing he did on our very first date. I guess I expected that they would be happy to hear--directly from the horse's mouth--what constitutes romance on the planet Venus.

We'd met at the restaurant, and walking me out afterward, he stopped at his car, reached in, and took out his accordion.

"An accordion! You mean--like a SQUEEZE BOX?"

"In his car? He just carries an accordion around with him in his car?"

Having been around musicians most of my adult life, I gotta say that it wouldn't surprise me to find one with a tuba in his sock. In my experience, musicians don't like to get too far away from their instruments. And really, if you had a magic something that would make you appear talented, sensitive, and desirable--all at first glance--would you leave home without it?

He took out the accordion, and there--in the all-but-deserted parking lot--began to play "My Funny Valentine."

And there, I gave up the ghost. No way was I going to tell these guys about how beautiful the music sounded, bouncing off the buildings and with the sounds of the city all around. They weren't going to understand how movie-perfect the moment was. And it just seemed too complicated to explain to them that even though I knew at the time that the guy was a player (even I didn't believe he had never pulled this particular move before), I still considered it one of my top 5 once-in-a-lifetime experiences. These guys--no matter how educated or worldly-wise--were still men. And as such, they were probably never going to understand that every woman everywhere knows, in her heart of hearts, that she deserves to have "My Funny Valentine" played just for her. Just once. Even--especially--on the accordion.

Some things just get lost in the translation.

Here's a recording of someone else playing "My Funny Valentine" on the accordion. Just in case you aren't able to imagine it for yourself.

I had forgotten all about this. Now can we go to your bottom 5 dating experiences? I know those too.

His luck was far better than my own. I guess maybe the accordion has more sex appeal than the Trombone. My own rendition of "When you wish upon a star" got me thoroughly laughed at.

Nice story; a lesson to present and future romantics. On the psychosocial side, I think the dialogue would have been much different if there'd been but one gent in the conversation. You know the old saying, "Hire one boy to work and you get one boy's work. Hire two and you get half."