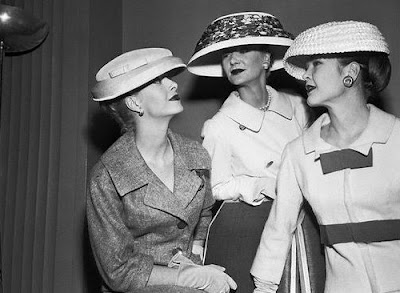 I knew, the minute I laid eyes on it, that it was going to turn into a big deal. My feelings were hurt, just looking at it. Aretha Franklin was wearing a special hat for a special day--it was big and sparkly and sporting the world's most ambitious bow.

And she was going to get massacred.

I had a pretty good idea, as I was watching, that a lot of people were getting ready to show their asses. Down South, we call this "showing out." Sure enough, Stewart and Colbert took their shots, and the network late-night guys got a couple jokes out of it. I didn't even check to see what the bloggers wrote; those people have absolutely no self control.

Somebody needs to say it, though: we should be ashamed of ourselves.

I spent some time trying to come up with someone--anyone--who had enough cache to say, "Sister, we need to talk about that hat." I couldn't come up with a single name. Most of the people who carry that same authority are dead, y'all. I think John Lennon could get by with bringing it up--but you know he wouldn't. And Elvis might mention it, but probably only to get the name and address of her milliner. Indeed, unless you are also a legend in your own time, you should probably just keep quiet--even if you are the prince of comedy television, the queen of literary theory, or the king of financial planning.

And we should just agree that The Queen of Soul can wear a jar of bread and butter pickles on her head if that's her pleasure, and that we will endeavor to behave ourselves and show a little respect.

Ladies and Gentlemen, The Queen of Soul:

I couldn't agree more. That was pure Aretha and I, for one, respect her for it.

I totally agree. Aretha Effing Franklin can wear whatever she damn well pleases.