Even Stephen King thinks there's something scary about it. 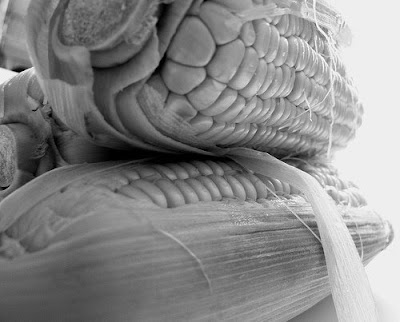 It's a strange and exciting thing to find yourself suddenly in charge of your own activities, smack dab in the middle of the workday.

Yesterday, having decided that some part of that strange feeling might have been attributable to hunger, and because I had no real food in the house, I decided to visit the grocery store. I found that it's a very different place when one isn't competing for the very last rotisserie chicken with all the other people who've just gotten off work.

I spent a great deal less than I usually do--because I am now a modestly-paid state employee, but also because I had the time to make more thoughtful decisions. I even had time for a pleasant conversation with an older, one-legged lady at the corn bin, who told me in a confidential tone that--should I find a tiny worm in one of the ears I was at that moment choosing--it would make very good fish bait.

I filed that little nugget of information away. You know--just in case.

A little while later and several aisles away, as I was comparing the qualities of bow-tie pasta to rotini, and struggling in vain to make a choice based on anything between the two, I felt a tickle along my collarbone--not a wholly unpleasant sensation, when it can be attributed to a tall, muscular man named Guy. But, my well-educated, quick-to-find-the-alarm-button inner voice noted, when there's nobody else in the immediate vicinity, it can really only mean that SOMETHING IS ON YOU! Something has shimmied up out of that straight-from-the-field corn and onto your arm and is now CRAWLING ON YOUR NAKED NECK! RED ALERT! RED ALERT!

I can only say that I hope no one saw me.