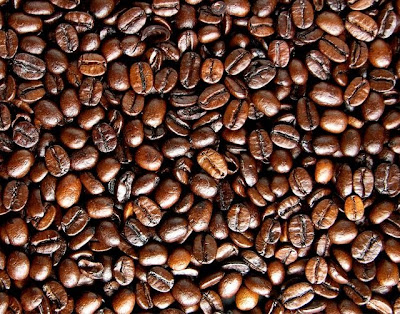 It was a dilemma--should I just give up my calorie- and fat-laden Starbucks Mocha cold turkey, or indulge in one more for the road? After all, I hadn't said a proper good-bye to my Barista, Nichole. After seeing me every workday morning for so long, she might really worry that something had happened to me. I could imagine her, truly frantic by 7:30. "Where's my regular Venti Mocha?" she might ask. Really, the last thing I wanted to do was to cause undue alarm.
But Nichole had the day off, it seems, because an adorable young man took my last coffee order. Like all the very best Baristas, he was warm and friendly, making eye contact and making sure I didn't need a scone or muffin to round out my coffee experience.

And me? I was all sweet and flirty--jacking up my dimples and asking him if he was aware that he looked just like John Mayer. After all, I could afford to be expansive. I was getting my coffee that day. My inevitable misery would be postponed for another morning. My motto: Not now? Not a problem.
It wasn't until I was well on my way--half my delicious, rejuvenating, and extremely satisfying (last) coffee gone, gone, gone--that I spared a thought for the poor kid.

When I was 20, if some old poop who was twice my age had said to me, "You know, you look just like Cyndy Lauper" (or someone else from my generation the old creep had no business knowing anything about), I would barely have been able to wait until he was out of earshot to say, "Ewwww." (Actually, back then I would have said, "Gross," but it's the same general idea.)

But if he had said instead, "You look just like Julie London," I would have said to myself, "Aw! That sweet old guy has me mixed up with somebody from back in olden times!"

And then I would have thought, "Who the hell is Julie London?"