Next time, somebody's taking a Xanax. I think it'll be me. 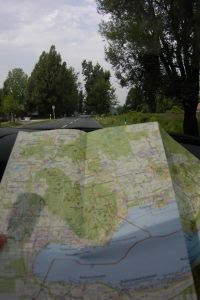 As some of you are already aware, I traveled to New Mexico last week. What you might not know is that I made the trip--all 2200 miles of it, by automobile.
And I took my 21-year-old with me.

We've made this trip by car before, back during the halcyon days before she was old enough to drive, buy alcoholic beverages, or vote. Back when I was still-- clearly--the one in charge.

But she's not even the tiniest bit afraid of me anymore, and by the time we'd reached the county line, like chickens squeezed into too small a cage, we had very nearly pecked one another to death.

In retrospect, I can see now that flying--despite my fears--would have been much less painful.

Statistically speaking, it's been proven over and over again that driving is much more dangerous than flying. I get that. But then I think of all the conversations I've had with survivors of automobile crashes (both of the minor and the heart-stopping variety), in which almost every one of them said "I dunno. It all happened so fast."

And then I think of myself up there in economy class, hurtling toward earth as I count, "One-Mississippi. Two-Mississippi. Three-Mississippi..."
And I think, "Oh hell. What's a scab or two, anyway--among family?"