See that acorn right over there? No, closer than that. Closer. THAT one. 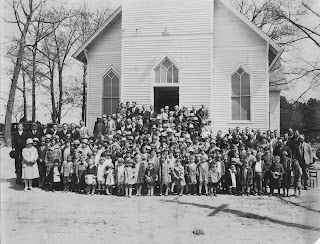 Muffin Uptown received an alarming letter from the powers that be at the Missionary Baptist Church on Wednesday, warning her that she was in danger of being removed from the church rolls for non-attendance. I guess they're expecting a rush and want to be sure that they have plenty of available seating.

I know just how she feels. I received my expulsion letter many years ago. And although you might be wondering, I was not asked to leave because I was bad. However, if any of the church leaders get a load of this, I may be asked to return just so they can throw me out again.

Apparently, it's in the rulebook. If you don't come to church, they give your spot to someone else. They're very pro-active.

Their letter, which is a standard form letter, leaves several important questions unanswered. Like, who, exactly, took roll? Because maybe I was in the bathroom at the time.

And did they not turn up the house lights and take a good look around on Easter? What about Christmas? I know I sat through the Christmas Pageant a couple of times. I remember; it was interminable. The dinner after, though, was really good. I probably didn't have anything decent to take to that potluck, either.

And what if I had a doctor's excuse? Surely I was sick on Sunday at least once during that five year period when I should have been in God's house.

But what I really need to know is, how in the world will I get the Jehovah's Witnesses off my porch, now? "Thanks for stopping by, but I'm already a member at... Oh, wait. They threw me out."

I may as well ask for my subscription to The Watchtower right now. Say, do you think they have an attendance policy?

photo, New Hope Congregation, 1926 (not our church, but they probably threw people out for sleeping in, too.)

Extra Stuff: I hope next week's posts will be coming to you from the slightly warmer western state of New Mexico. If I get out there and find that I can stand outside in my shirtsleeves, I'm not coming back until May.

For all the devoted readers outside the geography of the Bible Belt, they probably think you're kidding about being kicked out for non-attendance. We both know you and I were always teetering on being kicked out any way for: drinking Mimosas at Christmas, working outside the home, and, of course the biggy, divorcing our husbands that never ran around us or drank but were boring as hell!