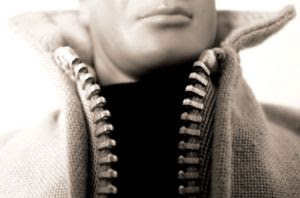 You might remember me mentioning my many lesbian friends. They are legion--a massive, organized force with which to be reckoned.
The longer I'm single, and the more I bellyache about it, the more my sister friends say to me, "That's why you need to come over to our team."
The pressure is especially bad when they're having a hard time making their monthly quota. Like now, for instance, that it's January and the Christmas rush is over. If switching is something you've been thinking about, now is definitely the time to do it, because you can pretty much write your own ticket. Yesterday, somebody offered me free shipping.
And there are days, I'll admit, when they make a pretty good argument. There are almost always tampons in the house; nobody gets overly excited trying to fix something, just because you need a good cry. You pretty much double your earring wardrobe. And all the literature says that lesbians never sit home alone on Saturday night.
It was all starting to sound pretty reasonable to me until today. Standing alongside a male acquaintance, I laid my hand on his shoulder to make a point. This is my nature; I touch people when I talk with them.
It's been a really long time since I've had a good conversation with a man.
He had--really--the nicest shoulder. Copping a feel all up and down this guy's arm--I've never felt less attractive or more like lecherous Uncle Larry in my life. But if it were up to me, I'd still be there, climbing all over him. I'm a disgrace to would-be lesbians, everywhere.
Oh, hell. I'll pay my own damn shipping.
photo, Penny Mathews

I bet the toilet seat is always down too! Bit like you, I delight in all things male. We suffer together.