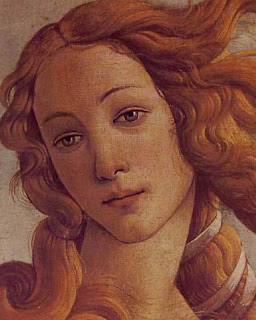 Day before yesterday, as I was thinking about how I was going to get a certain herculean something accomplished while at the same time inwardly bellyaching about the fact that I was the one having to see that it got done, I happened to catch a glimpse of my profile in the reflection of a reflection of the bathroom mirror.
Good God Almighty.

I still don't know who that was.
I had set my teeth together and was pooching out my bottom lip--making a face, I'm certain, that I make all the time--or at least when I forget that other people can actually see me. On the inside, this face feels like, "Never fear. This is the serious-minded, strong-willed individual who has set her mind to getting this onerous task behind her as quickly as possible."
But now that I myself have actually seen it, I know that this is instead my "Poke your finger through these bars and let me see if you are yet fat enough to eat," face.
There was a time when I was intimately familiar with my face and all its many expressions. I knew just what muscle to tighten to convey, "Oh, really?" and the precise number of degrees required to raise an eyebrow to indicate "Come here. Naked, if possible."
Any half-blind idiot can see and feel the effects of having raised hell and put a block under it for four decades on her breasts, hips, and behind. But how am I supposed to know when one of several previously lovely facial expressions has gone over like old milk? And surely, it's not wise to wait until the need to use one of these expressions before finding out that it will no longer serve its intended purpose?
Fortunately, I didn't really have plans for New Year's Eve, so I've got plenty of time to sit down with the mirror, try them all out, and make note which ones I can never, ever, ever make again. And yes, that includes the one I've just described above, so don't even ask me. I'm not doin' it.
Unless you think it might be funny.
image, detail of Botticelli's Birth of Venus.