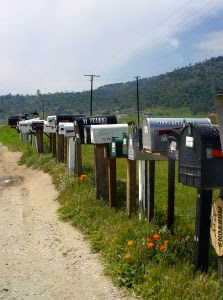 I spent some time Sunday morning watching Merlin Mann's Google presentation about Inbox Zero.
First of all, let me just come clean and tell you that I have no idea who this guy is. I'm not even going to pretend to be cool on this one. I'm guessing that he's some sort of über geek who knows everything there is to know about something. Maybe when the Google Training Department was casting around for someone to come in for their weekly Tuesday morning PowerPoint, they said, "Hey, call that Merlin guy. He knows stuff."
Anyway, for those of you who aren't already aware, Inbox Zero is Mann's revolutionary idea that our email inboxes should be just for junk we haven't read yet.

On the face of it, this concept would seem to be a fairly obvious one. Except that it's not. Everybody's got crap in there that they either (a) don't know what to do with, (b) would really rather not do with, or (c) just don't have time to do with. Mostly, they just open the email, read it, and then go on to the next.
Me, I'm mainly looking for a variation on one of two messages:
(1) I'm mailing you the money I owe you
(2) This is a reminder that you forgot to do something that will result in either someone's death or the possible repossession of your automobile.
The rest of it, as far as I'm concerned, is just noise--my mom wanting to know if I've heard from my brother; my brother telling me he can't get hold of my mom; my boss wanting to know if my email to her contained a typo or if was I really 25 days late with a project; Muffin Uptown sending me ridiculous kitteh pictures.
But I watched Mann's presentation anyway, and he has a lot of good, if strictly common sense ideas about handling the glut of information streaming into our inbox everyday. To give the guy credit--he was quick to point that nothing he was proposing would ever be confused with rocket science. And a little common sense is good, especially when you're talking about the largest, most complex information system in the universe.
But still.
I'd feel a whole lot better about almost everything if I knew that the Google people already pretty much knew what to do with the junk in their inboxes.
photo, Eduardo Arenas.