The Desperate and Alone Special 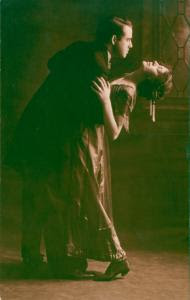 I had a date last Thursday night. Not unheard of, but certainly not something that happens every day. I hesitate to even broach the topic, since I've been known to wax prolific on the subject.

Even my Material World friend Cheryl manages to sound slightly world-weary and jaded when the talk turns to romance--and I happen to know that I've been dating this time around longer than she's been licensed to operate a motorized vehicle.

So I was a little taken aback when another friend mentioned that her daughter E. wondered aloud to her mom why I would want to date.

Overwhelming response from E. (and later upon recounting to Muffin Uptown)--"Eeww."

The whole exchange messed with my mind so much that I obsessed about it for hours. Ultimately, I concluded that to E., I must seem so together--so content and comfortable in my life, that changing anything at all would just be foolish. After all, if it ain't broke...

So imagine my dismay when, while discussing it one more time with yet another friend, said friend observed that the actual reason my dating seems strange to someone watching from E.'s point of view is probably because this very young person can plainly see that I am too old to date. Why on earth would someone of my advanced age want to splash around in the big old communal dating pool?

I liked it better when she thought it was the sex.